PAYXPS asked local and mobile reporter Dawn Robertson to talk with businesses across the globe about the Covid Pandemic. Not only did Covid level the competitive playing field, it changed the field itself.

The ability to build a powerful ecosystem of community, commerce and communication will determine the winners. But being found and being heard are the critical first steps… 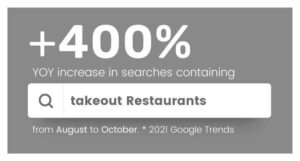 Manuel is a marketing specialist for businesses in Mexico City. While reviewing Facebook audience segmentation data for a client he tells me: "Covid was a force of acceleration in the digital marketing arena. Businesses must adapt or die at this point. People who were hesitant to change are going to be left behind.”

Plus, the serendipitous advent of AI over the last few years means increasingly compelling content will be churned out more than ever. “It’s a good change, however. It's a powerful equalizer, smaller businesses can now compete for space with the big companies more than ever before.”

A real estate agent in rural Colorado talks to me about the exodus from urban areas to smaller towns due to remote work opportunities. This is not a novel idea: futurists have been talking about the advent of remote work for decades. 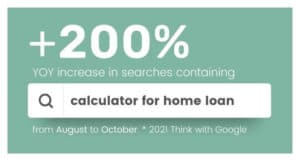 The CA rocket scientist Jack Nilles coined the term “telecommuting” in the 1970s and predicted that its rate of acceptance would be limited by culture, not by technology.

Today my agent confirms the theory. “We've been seeing a bit of a trend for years, but Covid certainly accelerated it. I refuse to make any predictions, but we don’t anticipate this pattern changing anytime soon. We also anticipate seeing good economic outcomes due to this influx. Rural communities often bleed money because they must import goods, but now the money is moving in our direction. It will act as an economic equalizer.” 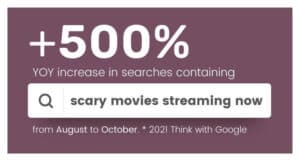 While walking in my garden I chat with an LA filmmaker about the evolution of entertainment on the other side of Covid. “Trends are all over the place. Of course, Covid accelerated the predominance of streaming - which is great for changing up the status quo. Because the profit models of services like Netflix depend on subscriptions rather than ticket sales, they can finance and test a vast array of projects.”

Meanwhile, some movie theaters are making more money than ever, and many closed due to Covid and were bought by independent owners like Quentin Tarantino, for their own visionary purposes. “Stanley Kubrick said when the general public had turned its eye to TV he was free to create higher art forms in film. Perhaps a pivot to streaming series will allow directors to improve their craft?” As covid acts as an accelerator, it's possible we will see increased access to a wider variety of voices while quality improves online and in the theaters.

An amateur stock market investor in Albuquerque who’s “made a few thousand here and there over the last decade” gives me his take on the coming market. “I've been doing this for a while, and we definitely saw a huge increase in retail investors in the last year, and in crypto. This is probably due to stimulus and unemployment money, and because people had more time on their hands.”

“Wall Street has been manipulating the market since the beginning of the market, and I'm assuming the feds will step in and regulate soon. But it's an exciting time for amateur investors for sure.”

There are some forces that cannot be denied and we will see economic growth well into 2024, and the advent of new technology will make smaller businesses far more relevant on the national playing field.

So, how to survey this shifting terrain? It feels like unpredictable crashes and booms left and right. Most people I talked to refused to speculate. I’d love to boast in 2031 about how I gauged today’s forces perfectly and made millions, but ‘it prolly aint gonna happen’.

There are obvious themes, however. Acceleration and equalization, growth and instability, all within a rich soup of new economic potential. The traditional heavy hitters aren't going anywhere but the playing field has been leveled in a wide variety of industries. And while the playing field is being leveled, the field itself is changing as well.

In conclusion, I’ll present a simple equation to encapsulate a confetti of forces: rapidly evolving tech + rapidly evolving media +  booming new economy – location-based business = a better environment for your authentic message to be made and heard everywhere. But only if you stay engaged. So, what’s your PAYXPS score? My business scored a 20%. Time to work.